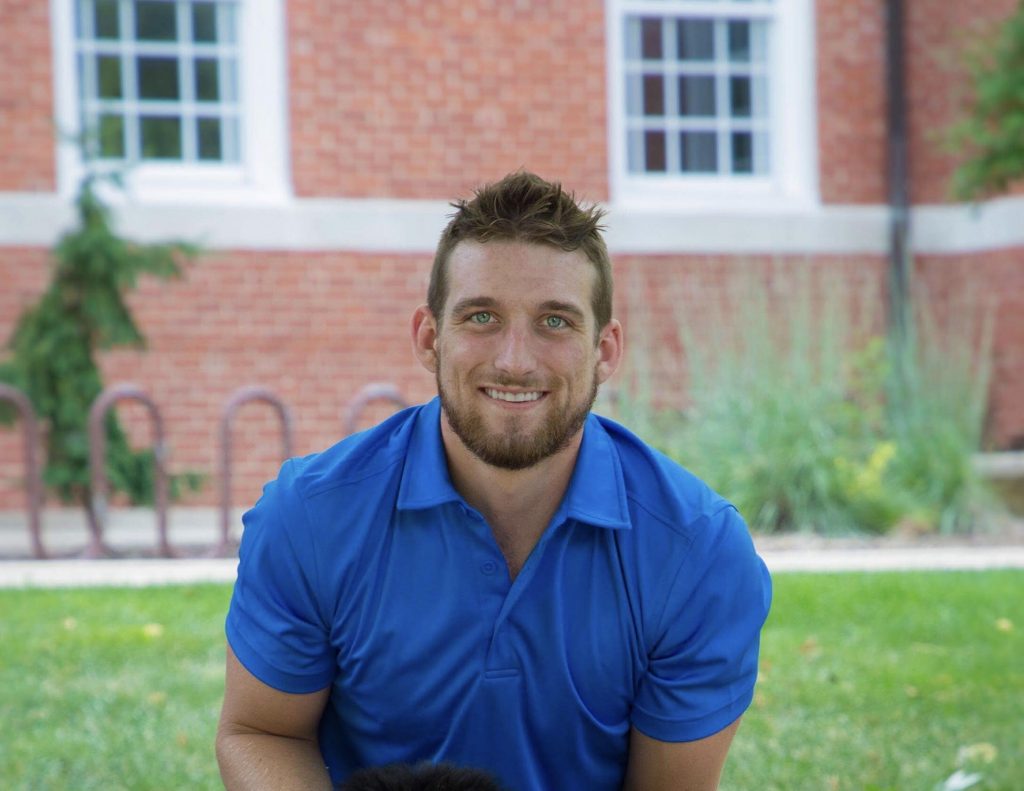 My name is Ryan Glennon; I grew up in the south suburbs of Chicago in New Lenox, IL. I have been playing sports my entire life and now am at Illinois State University to play hockey. I am an Exercise Science major and hope to open my own gym to train athletes and others alike to reach their fitness goals. I will also be going to fire academy so I can become a firefighter after I graduate. I just want to help people in any way I can.

What do you hope to do with your degree?
– I hope to open a gym that is able to meet everyone’s needs no matter how they want to train.

Favorite thing about CrossFit so far?
– The community and how encouraging and kind everyone is.

Favorite hobby outside of health/fitness?
– Hockey

One thing about you most people don’t know?
– I really love tattoos.

3 things you’ve done in the past year that were fun or you’re proud of:
– In the past year I’ve gone back to North Carolina to see the family I lived with when I played Juniors. Another thing that was fun was that I got moved back to defense in hockey, which has been good. I also just got a new 4.5 month old puppy who is 45 lbs.

Before being introduced to CrossFit in 2014, Sarah ran competitively – four years in high school and two as a Division I athlete at Gonzaga. She eventually retired from competitive running due to persisting injuries, then joined a CrossFit gym with two college buddies shortly thereafter. She was hooked on CrossFit’s functional strength and mobility focus. CrossFit also pushes her in a way her previous lifting routines never had and provides an opportunity to WoD with cool, like-minded people. Sarah is currently interning at Five-Alarm CrossFit and has had a blast getting to know the Five Alarm community while furthering her knowledge of the sport.

What do you hope to do with your degree(s)?
– I will be going to physical therapy school next fall. So, I hope to eventually become a dang good PT.

Favorite hobby outside of CrossFit?
– Being outside, seeing the sights (mountains & water are my faves so far).

One thing about you most people don’t know?
I have a step-sister named Sarah! We’re only 6 months apart in age.

Three things you’ve done in the past year?
– Published physiological research I did at Gonzaga (definitely a nerd if you haven’t guessed).
– Was accepted to PT school a few weeks ago.
– Backpacked along the Croatian coastline for two weeks this past summer with two best friends.